I first heard about ApSci1 through my broth­er Glen recent­ly. Then dug in to take a look on their site for some tunes, http://apsci.net.

Lo and behold, they’ve been fea­tured on Wired.com’s Under­wire sec­tion just recent­ly. The arti­cle was about their music video for “Under Con­trol”.

The dope part is that it was pro­duced using an “iPhone, a portable print­er and a web­cam.”

They per­formed the track in front of the web­cam and print­ed it up into the hand­held snap­shots that fly by in the globe-hop­ping video, which hop­scotch­es from Brook­lyn to the Grand Canyon, Vegas, Hawaii and Aus­tralia at the speed of sound. They took addi­tion­al shots using the iPhone, then mashed the pro­duc­tion night­mare into an eye-trip­ping visu­al for their body-rock­ing song.

In oth­er words, ApSci’s video has no video in it. No post-pro­duc­tion either.

Very, very schneaky and cre­ative I must say. Well done. Here’s the video. 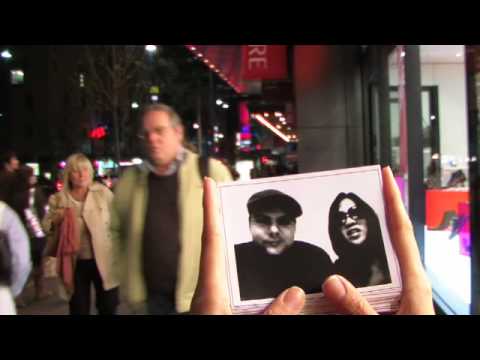